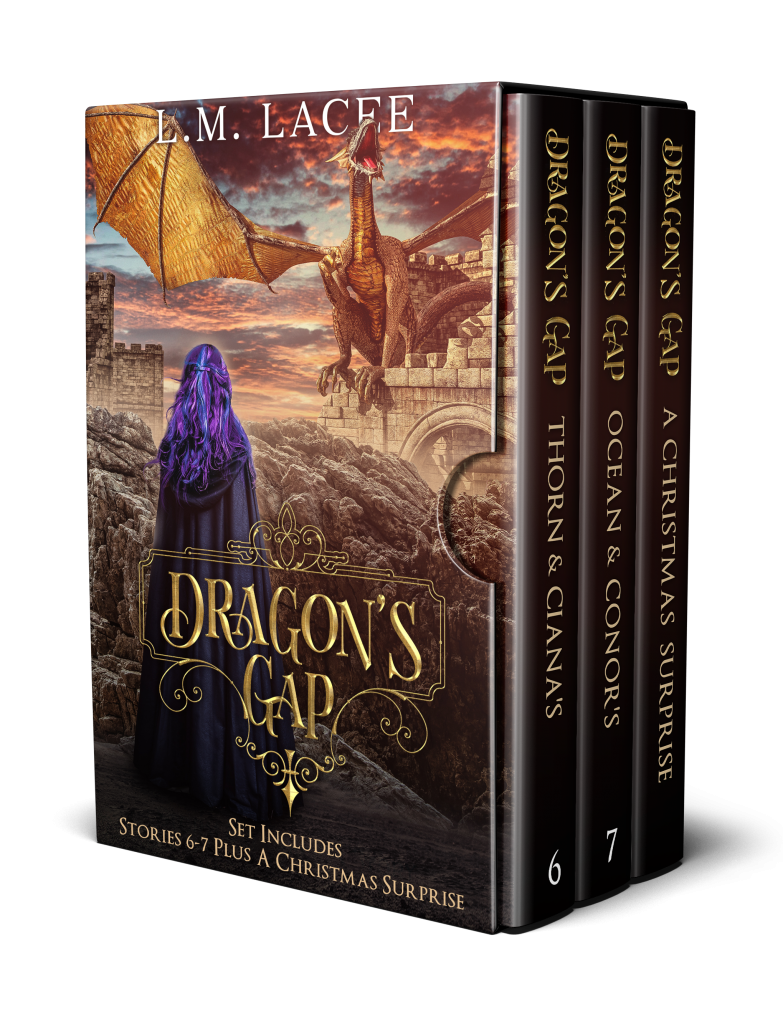 Will the Moon Goddess’s Prediction come true?
Thorn Moonwalker, King of the moon elves is traveling the universes seeking his Radiance, she who will mend his heart and save his people.
The Moon Goddess has predicted Ciana Walker is his radiance.

If he can win her heart!
Striking a bargain with the Moon Goddess was never on Thorn’s agenda but now he must take his warriors into the unknown lands of earth to fulfill a quest and secure the love of his life at Dragon’s Gap.

Book 7
Not all prophesies come true, will this one?

Join me in the last installment of Dragon’s Gap.
In this story Conor Towers the Leo of Dragon’s Pride and a ‘First’ of a new species finds his mate. But does not expect this…

When Ocean Walker finds out she is a dragon and the daughter of Andre` and the sister of Ciana will she now become so angered that she places the Goddess’s prophesy in danger. Will it ever be fulfilled?
After a long and ardous journey Ocean arrives at Dragon’s Gap with three girls.

Well it looks as though Christmas is coming to Dragon’s Gap whether dragons celebrate it or not.
So how much fun can happen with dragons who have no idea what is involved in Christmas.
Join the Dragon Lord and his family and friends and find out how much love, laughter and trouble the people of Dragon’s Gap can get into while they learn to celebrate Christmas.