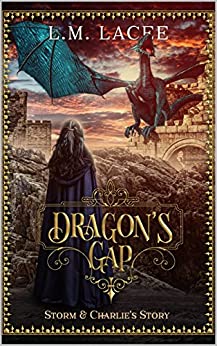 This is an inspirational romance fantasy about two people who deal in war. They must learn that they to embrace their softer natures when their shape shifting young children need them to take on the roles of their parents. Both Charlie and her dragon shadow, Storm, find themselves rising to the occasion.

Never in a million years did Charlie Easton expect to be rescuing five lost frightened children. She was so not the mommy type! Killing people, that she could do! After all it is what she trained for.

When one plans for a mission, one must be aware of challengers that could arise and always have a contingency plan. This was a rule her instructors wisely drilled into her. It was a philosophy Charlie lived by.

So planning to dump the children at Dragon’s Gap Then high tailing it out of there to hunt down people who thought taking young ones from their parents was a good life choice, was a solid decisive plan. Why then was the execution so much harder?

Storm and Charlie realize it is because none of her contingency plans included:

These were contingencies her instructors never prepared her for!

Oh yeah and don’t forget, magic, ghosts and to take care of the bad faerie!

Storm was tired of listening to his dragon bemoan the fact they were not bonded! It was not his fault his shadow was taking her time getting to Dragon’s Gap.

It was a toss up who was more surprised, he or his dragon, when his shadow arrived with young.

Finding out your shadow is not only beautiful, but deadly with a gun and has three children that want a daddy, especially one that can shift to Dragon and fly. Has his dragon in a state of bliss and Storm unable to keep the smile off his face.