In Reighn & Sage's Story we find the Witch and Her Dragon Lord Change Destiny. Dragon Lord Reighn, a fire dragon, the most feared and strongest of all dragons and the leader of a dying society. Reighn had no idea when he woke one morning what the day was about to deliver. For a thousand years he had waited for his shadow and by the end of the day he would not only have his long desired mate but TWO YOUNG DAUGHTERS as well!

Something that was never meant to be, Sage, an improbability in a world of impossibilities, was a half witch, half wolf, also the leader of the shifter retrieval teams now living with her new family at Dragon’s Gap is where we find Reighn & Sage’s Story.

Sage was woken one morning with the frightening news her daughter had been kidnapped. One thing the inhabitants of Dragon’s Gap should have known you never steal from a witch or stand between a wolf and her child!

Sage had no idea when she went looking for her daughter she would also find her mate. Reighn the Dragon Lord.

When Reighn takes Sage as his shadow it signals great change for Dragon’s Gap. Dragons will no longer sit on the edge of extinction, shifters will save the dragons as they find their shadows amid the new inhabitants of Dragon’s Gap.

Unexpectedly with the return of the Elementals bringing the news Magic has returned to Earth therefore signalling the return of all magical beings.

Reighn pledges dragon kind to be the shield for the Elementals. To render their justice. To protect the world from those that wish to corrupt and subjugate earth.

Sage demanded before the great doors made from the hardest iron wood that had withheld marauding armies with battering rams, blew apart like kindling.

Reighn, the Dragon Lord has at last found his soul shadow, an improbability a half witch half wolf.”

Sage, saw the hole, saw the never ending abyss and still she jumped feet first into love as a shifter, instinct drove her mating or at least the willingness to chance a mating, her witch side recognized power and felt the draw of spirits as they met, melded and entwined forever to be bonded together throughout eternity.

Reighn states his ultimatum to the stubborn Dragon Kind.
I am your Lord.
The Lord of all Dragons!
That has not changed.
I have already said this once this week but it bears repeating.

THIS IS NOT A DEMOCRACY!

You have no voice here.
You have no rights here.
The only voice that matters is mine!
The only rights you have are the ones I allow you.
As of now I have removed all your privileges.
You will comply or you will be banished.

There is no other option. Eventually in Reighn & Sage’s Story she informs them.
“You have twenty four hours to decide. If in that time you have not sworn fealty to me and the dragon nation I will decide for you. Make no mistake, this is going to happen. With or without you. Now I suggest you go home and make your decisions.”

Really good book, it combines Dragons, Shifters, Goddesses, and humans in a manner that creates a movie in your mind's eye as you read.I

The Earth has experienced a catastrophic event that destroyed most lifeforms. New life has appeared in the form of Dragons, Shifters, Humans with Dragons at the top of the food chain. The time has come for magic to reappear and the Dragons are not happy with the loss of status. Sage...a human witch...is the major catalyst in redeeming the present for all life forms.

Absolutely a brilliant read, superb!! Its rare to find a fantasy book that has this level of writing, world changing, story and characters with real depth that is hard to find in some books. Let alone books with Dragon's and Shifters!

I was absorbed all the way through - it was a delight and utter pleasure to read, also with the right amount of action and with very witty comedy. I love how the author has taken a genre that is usually so difficult to be original in, yet has managed to do just that. There is so much about this book that I love. Particularly for a Fantasy book, there is no ridiculous main character, no awful angsty love triangle, no massive plot holes and shallow characters. Instead there is lots of brilliant dialogue, witty and likeable characters (and some dislikeable villains/characters!), plenty of action and a good pace. Not to mention the adorable and also slightly scary Dragon and Shifters.

I wish more books were as much a pleasure to read as this has been. Fun, innocent (yet has its dark moments). Overall, superbly satisfying.

If your looking for a great read look no further!! Totally recommend this book and Series.

Finally a book and series I can sink my teeth into 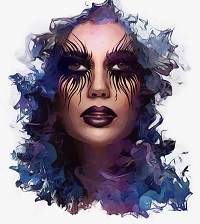 Really loved the whole concept of this book and the way the lives of all the characters interacted to make this a most enjoyable read! I loved that there was no bad language or explicit sexual encounters although the author had suggested enough to enable the reader to use their own imagination.