Book One: Reighn and Sages the real story

Reighn and Sages the real story

In writing this story I discovered my passion for justice and families. I liked writing about Sage who had so many parts to her nature and personality. Half witch, half wolf.

A daughter and a niece.
A warrior and a pacifist.
A mother and a wife.

And as she told me her story… yes my characters talk to me! Even to the point they will keep me awake at night.

I found she was in the long run a woman who could and would adapt to any given situation and wanted above all other things, to find love, acceptance and mostly she wanted to love.

Now no-one could say the same about Reighn. He and his dragon, although dual nature, is quite simple. He too wanted to be loved and to love.
To have a family and care for his nation. And he needed to fight injustice, any injustice. Because when he did he protected his bonded, his young and family and the people who made up his world.

As I said… Simple! A male that I like as well as understand. Read More: 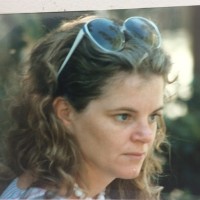